Rebecca was working on a Disney Cruise Ship when she went missing under mysterious circumstances.

And the events of Rebecca’s disappearance have led to conspiracy, speculation and intense scrutiny as to what happened.

So, let's delve into what we know and want to know.

Is Disney covering up something sinister? And do profits mean more than paying adequate respect to human life?

What happened to Rebecca?

Disney didn’t care to find out. 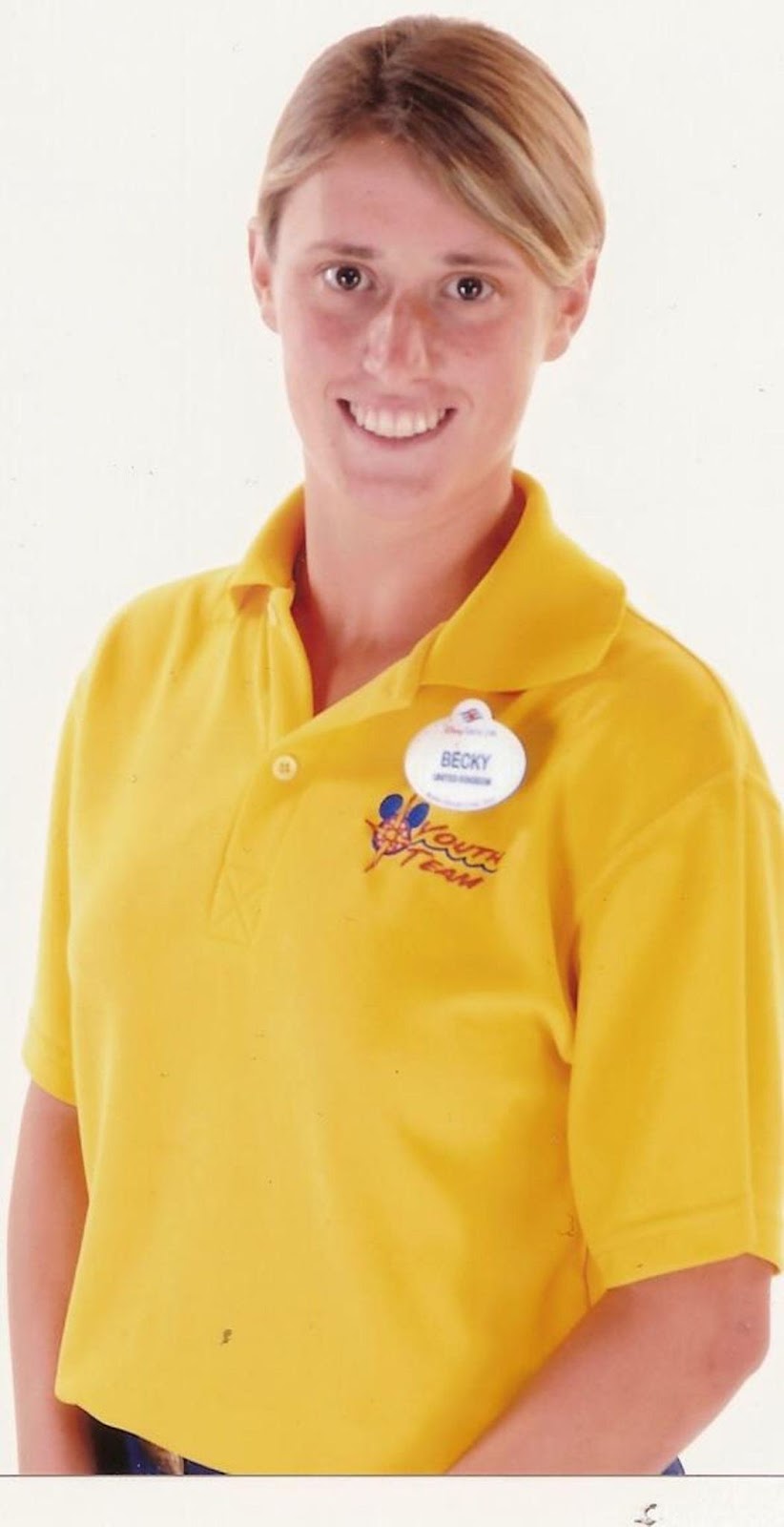 The circumstances of her disappearance baffle everyone - but at the same time - was it even looked at by the investigators and by Disney? Or was it disregarded as soon as they could get rid of it?

Before casting aboard the Disney Wonder, Rebecca was an army cadet, a student and a volunteer at Camp America.

Rebecca was young, fun and constantly looking for adventure. She was sporty, she loved life and loved to travel.

She had previously coached children in the USA and had ventured far out into the world from humble beginnings in Chester, England.

In June 2010, Rebecca interviewed for the Disney Cruise position, after being hired, she went to Florida for training.

Rebecca had a personal tragedy during this time, which was the passing of her grandfather, this caused Rebecca to have to return to the UK. During this period, Rebecca frequently travelled between the USA and the UK for her family affairs before departing on the Wonder.

The boat was en route to Puerto Vallarta, Mexico (departing from Los Angeles, USA) when Coriam was last seen on video footage on March 22 2011 at quarter to six in the morning. She was walking on the deck, talking on the deck phone, visibly upset in the footage, and acting distressed. At one point a fellow crew member noticed her and appeared to ask if she was okay (interpreted by lip-readers).

Rebecca was seen to be mouthing in response “Yeah, fine”.

It’s unknown who Coriam was speaking to on the phone around that time. And Disney claims that no recording exists.

Coriam then failed to turn up to her 9am shift that morning. Disney staff searched the ship and contacted both the US Coast Guard and the Mexican equivalent. But this did not draw any clues as to what happened. They then continued their voyage, with no break to search for Rebecca.

Rebecca’s father Mike Coriam said that Disney disregarded standard operating procedure and didn’t turn the ship to look for Rebecca. And when coordinates were given to the Coast Guards, they were incorrect and thus, the coast guards searched the wrong area of the sea.

The jurisdiction of the case got quite murky. It was an American company, departing from America and yet registered in the Bahamas while sailing on international water.

And in true bureaucratic fashion, nobody wanted anything to do with the case. American investigators did not get involved and the Coriam family had to hire private investigators.

The Royal Bahamas Police Force was the lead in this investigation (the ship was registered there for tax purposes).

The term investigation can be used very very loosely. They did not investigate and whatever investigating they did was shambolic.

They assigned one detective, Paul Rolle, to the case and he spent one day aboard the Wonder. Rolle interviewed just six of the 950 employees and 2,000 passengers.

The investigation seemed to be carried out in line with Disney’s wishes and Rebecca’s parents were given the “Disney treatment” during their intervention in the case.

“Everything was staged by Disney, we were taken in a car with blacked-out windows on the boat’s back entrance, as passengers disembarked from the front of the boat. They took us to a room where they played CCTV footage of Rebecca where, largely, she appears to be fine.”

Disney didn’t even want to consider anything foul, as it could potentially be a black eye for their cruise business. They tried to wrap things up as quickly as possible.

In a statement, Disney said: "Our hearts go out to the Coriams. Rebecca's disappearance has been heartbreaking for everyone at Disney Cruise Line. "We wish we knew what happened."

The ship’s captain told Rebecca’s parents that it was ‘likely’ that Rebecca was swept off by a rogue wave. The parents were then shown the ‘evidence’ of a sandal that belonged to Rebecca, probably to further deepen their side of the story that she was swept ashore. The sandal was not Rebecca’s size.

Disney claims to have no footage of Rebecca going overboard and refuses to disclose the number of CCTV cameras or their locations for security reasons.

Investigative journalist Jon Ronson went aboard the Wonder to look at potential locations where Rebecca could have been swept overboard.

The only feasible spot where Rebecca could fall was Deck 4. The entirety of the deck is littered with CCTV cameras covering every inch of the deck. The other decks have railings much too high for Rebecca to fall over them. Jon Ronson determined that if Rebecca fell, it would have to have been Deck 4.

That is of course if she fell…

Rebecca’s case was raised in the House of Commons by her MP Stephen Mosley. Mosley said, “Disney were more interested in getting the ship back to sea than the missing crew member” and called the investigation “toothless”.

It was obvious, from all sides, that Disney did not want to touch this case. They did not want extended publicity on whatever happened and brushed Rebecca’s disappearance aside as quickly as they possibly could.

Rebecca was allegedly in a relationship with another crew member.

An unnamed crew member told journalist Jon Ronson, while he was aboard the Wonder:

“It was a very, very, intense relationship. It was great and then it was awful… I can’t think of any other reason she’d have been updated and wandering around… at 6am”

Another crew member noted that Rebecca spoke on the deck phone and said:

“Disney knows exactly what happened... The phone call she had, it was taped. Everything here is taped. There’s CCTV everywhere. Disney has the tape.”

But many close to Rebecca refuse to believe that she took her own life.

Evidence of potential foul play does exist. Including a ripped pair of shorts within Rebecca’s personal belongings in her cabin. Some law enforcement has suggested this could have resulted from a struggle and potential sexual assault before Rebecca vanished.

But what with the farce of an investigation - what can we know further beyond the scant facts?

Disney knows… because they more than likely have a filing cabinet or computer folder with the footage, phone call and last known whereabouts of Rebecca.

But why does Disney dare to risk not being called the happiest place on the sea? 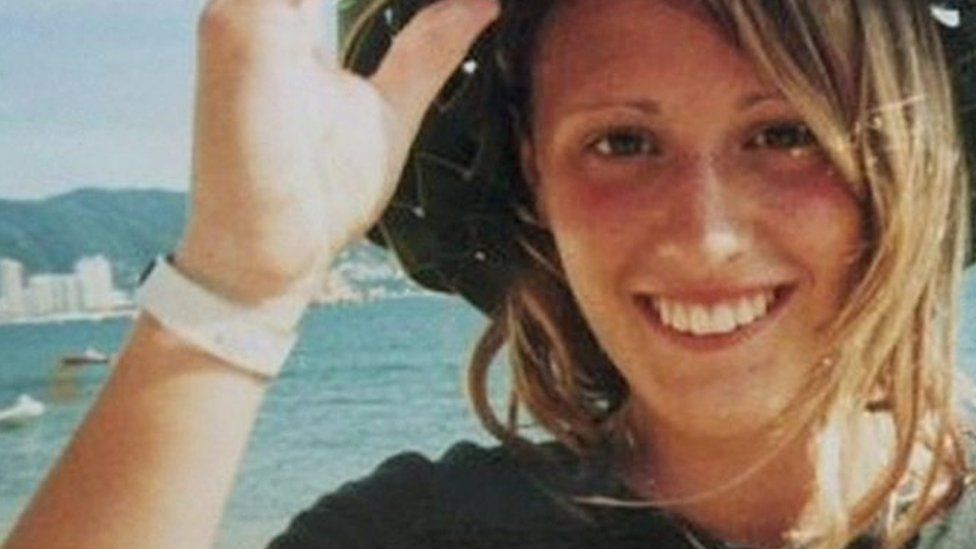