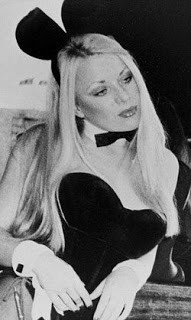 In 2004 the two killings were discovered to have been committed by the same perpetrator using DNA testing. And so, two murders across different parts of a sprawling London were established to have been a committed by a serial killer — who for forty years had been hiding in plain sight.

Eve’s murder occurred on the 18th March 1975 while Lynne’s was almost six months after on the 10th September 1975 both occurring in suburban London.

There were also potential links to a third murder of Lynda Farrow who was killed in her home in the January of that year with many similarities to the other two. The three murders were all in the Greater London area of Leyton, Hounslow and Chigwell.

The double murders occurred in 1975 and it is chilling to think that the killer has been possibly been roaming free ever since. The case was re-opened in 2007 but it is one of those that we really are not any closer to despite all of the years passed.

Eve Stratford had moved to Leyton with her boyfriend in 1972 having been raised by a German mother and English father in the Aldershot area of southern England.

At the time of her death Eve was working as a playboy bunny in the Playboy Club of Park Lane which had lead to the unfortunate dubbing of the murderer as the “Bunny Killer.” Eve was also a centrefold for Mayfair magazine — an adult magazine — the piece she featured in had been released just days before her murder.

Eve was found by her boyfriend at their flat in Leyton. Her throat had been cut multiple times and a nylon stocking was tied to one ankle while she was bound with a scarf. Lynne’s boyfriend at the time was Tony Priest — the lead singer of pop band Onyx (not to be confused with a 1990s Hip Hop Act).

There is the potential that Eve knew her killer. Neighbours were said to have heard muted conversation, followed by a bang with no discernible ruckus and no damage to suggest forced entry.

There was semen found on Eve’s clothes and a bouquet of bloody flowers was next to her body when she was discovered. I have to say that the police did describe the rape as “likely” with police at the time being unable to rule out consensual sex. While this may seem pragmatic on behalf of the detectives. I feel it casts aspersions on the victim.

This had all occurred around early evening between 4pm and 5pm on March 18th 1975.

One interesting theory was that the killer was a stalker that knew Eve’s whereabouts and when she would be home alone (beAr in mind that she lived with three other men). They could very possibly have disguised themselves as a flower delivery man (explaining the blood-soaked fresh bouquet at the scene).

This theory was posted on many forums online and should only be considered that a theory.

Lynne’s murder seemed a bit more at random but no less disgusting.

A lot younger and less famous than Eve — Lynne was just a school girl who was killed on her way home after 11pm in September of that year; after an evening out with friends Lynne was walking alone.

It is believed by detectives that she was followed on foot from the Great Western Road through an alleyway called The Short Hedges where she was bludgeoned and thrown into the grounds of an electrical substation (a common eyesore in urban England).

Lynne actually died a week later in hospital from her injuries which included blunt force trauma.

It wasn’t until the 21st Century that the two were eventually linked together as being committed by the same person which means that for over 40 years there has been a London Serial Killer that had fallen completely below the radar with two definite victims to his claim and more potentially linked.

While the British media may revel in glorifying these legendary gruesome figures of the night such as Jack the Ripper and Jack the Stripper; we shouldn’t glamorise anybody capable of such foul intent by creating legends of elusive serial killers and we should focus on the real tragedy which was the innocent women’s lives being cut short in their prime just to serve the pathetic needs of a sadistic psychopath.

For better or for worse, this one flew completely under the radar of British media and their hysteria.

Detective Chief Inspector Andy Mortimer, from the Homicide and Serious Crime Command quoted in 2007 said: “Advances in forensic science mean that we are able to re-look at certain older cases with the very real possibility that some progress can be made that would not have been possible previously. “As a result we now have a DNA link between the murders of Eve and Lynne, who was just 16 at the time of her death. We believe the killer could have confided in someone over the years about what happened or might even have bragged about the murders. “They have kept a dark secret for the last 30 years and I’m sure they would have felt the need to share this burden with someone. We appeal to anyone who feels that they might have some information, however seemingly unimportant, to come forward.”

Both murders featured on the iconic BBC show Crimewatch in 2007 when the Cold Case was re-opened.

It is extremely likely that the killer knew Eve and this was a strong hunch by detectives at the time however with Lynne, it may have been a moment born out of savage opportunism. However; despite new appeals opening up seemingly every decade there is nothing to note that stands out as having been revealed between the DNA discovery and present-day.

Lynda Farrow (a casino croupier) was pregnant at the time of her death. She was seemingly stabbed, with her head completely severed using a freezer knife. One thing that may rule out a connection to the other two is that the murder was not seemingly sexual.

A man was seen running from the area at the time that was in their late 30s, 5'9 wearing a donkey jacket and wellingtons. This occurred on Whitehall Road in Chingford and a Ford Cortina was seen departing Whitehall Road around the time of the murder.

From the description above I think we could rule out Lynda as being connected to the first two with people even suggesting the Yorkshire Ripper Peter Sutcliffe was linked to this crime (Yorkshire however is quite far from Chingford).

These cases do not age well. The leads seem almost non-existent at present and despite the appearance of DNA, and as people begin to die or simply forget, closure on such cases seem nearly impossible. There is a strong reality that the killer himself is dead.

Two linked murders and a serial killer seemingly loose on 1975 London and it regrettably took forty years to even connect the killings and shed light on the fact that a serial killer had been walking the streets of London and getting away with it for such a long time.

While Britain has a lurid and disturbing history of crime and we have some of the most infamous serial killers on record; here was one operating in such a savage and predatory nature and nobody even knew that he existed.

In a world of increasing technological advancement and avid interests in True Crime — a day of reckoning may come for Eve, Lynne and Lynda.

February 11, 2022
Jodine Serrin - 14th February 2007.  It was a brutal case of rape and murder to a young woman with her own vulnerabilities. What made the case even stranger is that Jodine’s parents had been there and walked in at the time of the attack, unbeknownst to them that their daughter was dead. The case went unsolved for a decad e  but we now know who the killer is thanks to DNA advances and the detective’s efforts — but we still don’t know why and we’ll never know-how. The mystery ceases to be a whodunit but mysteries remain and there are answers that will never be obtained by the living. Jodine was a vulnerable woman with disabilities with some reports stating schizophrenia and learning difficulties — however, she was also self-sufficient and independent enough and had her own apartment, and her own active life, including a busy social life. Jodine was 39-years of age in 2007 when she died. She lived in the American town of Carlsbad in California. And despite her troubles, she was a credit t
Post a Comment
Read more