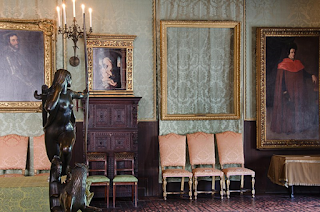 18th March 1990 — Boston, New England In the early 90s, the renowned art museum  the Isabella Stewart Gardner Museum  was targeted in an audacious theft to rival anything Hollywood can conjure up. Two thieves managed to gain entry to the museum by posing as police officers and make off with a haul valued at $500 million including Rembrandt’s masterpiece  The Storm on the Sea of Galilee. To date, it is not only the most notorious art theft on record but it also unsolved and has a staggering reward in the millions for information that will lead to recovering some of the greatest works of art in the last millennia (and in human history). The thieves posing as police were inside the museum for a total of eighty-one minutes and yet nabbed some of the most famous works of art and ‘successfully’ carried out arguably the largest robbery in history. The thieves took works belonging to Rembrandt, Degas, Manet and Flinck — names synonymous with ‘art’ and ‘mastery’. But was the robbery itself a
Post a Comment
Read more