TRUE CRIME: The Oldest “Solved” Cold Case and How It Went Unsolved Again

TRUE CRIME:  The Oldest “Solved” Cold Case and How It Went Unsolved Again   MARIA RIDULPH It was December 3rd 1957 when seven-year-old Maria Ridulph went missing on a street corner in Sycamore, Illinois and five months later Maria’s remains were found 100 miles from Sycamore in Woodbine, Illinois. It wouldn’t be until more than 50 years later that the case had what was initially thought of as closure — this turned out to be false closure. The case was seemingly solved in September 2012 when the police would convict a murderer for the abduction and murder of Maria. This would then be overturned in March 2016 and Maria’s neighbor Jack McCullough would be declared an innocent man in April 2017. To date the murder remains unsolved and the mystery of Maria Ridulph continues to baffle the Chicago area… It will more than likely forever be a cold case. A Piggyback Ride Seven-year old Maria Ridulph was playing with best-friend Kathy on the first snowfall of the year; when a mysterious man offer
Post a Comment
Read more

Lake Bodom — A LONG NIGHT IN FINLAND AND A CAMPSITE KILLER 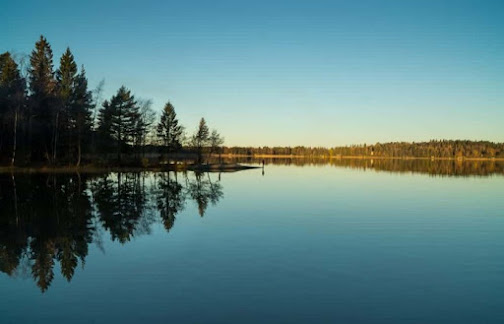 The Lake Bodom murders may well be the most famous unsolved homicide in Scandinavian Criminal History. Occurring in 1960 and claiming 3 victims with 1 injured survivor it is a Finnish zeitgeist that at one time or another had the whole of Finland enraptured. It is now a buzzword for murder and mystery in the small country. LAKE BODOM They were all teenagers — just typical Finnish teenagers. The story plays out like an American slasher movie, set over a decade before the slasher genre was even invented (unless of course you’re including Alfred Hitchcock’s Psycho as a slasher pic). It is a story of how a typical night of drinking, teenage love and teenager adventure turned into a blood-ridden massacre. A homicidal maniac on the rampage? Or a jealous tiff turned into blood soaked carnage? Four young kids go camping at the nearby Lake Bodom and only one comes back alive; severely beaten, wounded but… alive nonetheless. A little over 20km outside of Helsinki at the beautiful Lake Bodom the
Post a Comment
Read more 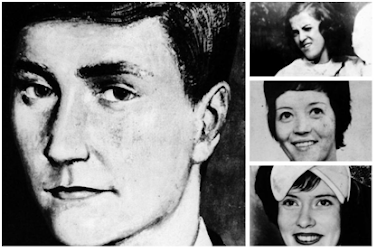 “THE BALLROOM KILLER” BIBLE JOHN A Bible quoting serial killer stalks his prey within a decaying city that had fallen far beyond its once glorious past — it sounds like the plot of a Hollywood movie but this is the real life story of Bible John — a predator lurking in the shadows of the 1960's in the Scottish city of Glasgow. To date John has yet to be found — and while he may not have the worldwide infamy of Jack the Ripper, his story is no less deplorable. He has been described as a “Scottish Zodiac”. Glasgow is now one of the most remarkable cities in Britain — a rejuvenation which began in the 1980's has served the city well. However, in the 1960's Glasgow was at the time suffering from a decline caused by a number of issues which emerged in the aftermath of World War 2. There was urban decay, rapid de-industrialisation and high unemployment and to make matters worse there was Bible John. 1960's Glasgow John was linked to three murders (as always with unidentified
Post a Comment
Read more
More posts